The United States and our allies face serious challenges today from both Sunni and Shia extremism in the Middle East and beyond. The Sunni Islamic State (ISIS) has declared war on the “infidel” West, Israel and Muslim nations that reject its barbaric interpretation of Islam. Shia Iran, joined by its regional allies, is extending its control from Lebanon in the west to Iran’s border with Afghanistan in the east, with a southern outpost in Yemen. ISIS’s brutal terrorist attacks in Paris and California have raised its profile in America, leading some to believe we must subordinate other regional goals—including confronting Iranian expansionism—to the overriding necessity of defeating ISIS. Nothing could be further from the truth. Defeating ISIS is indeed essential; the best way to achieve this is to simultaneously confront the even greater long-term threat posed by Iran. 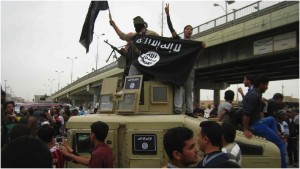 ISIS and Iran detest each other, but they share many goals and methods. Both are stridently anti-Western and aim to upend the few remaining stable states in the Middle East—Israel, Jordan, Saudi Arabia and the Gulf monarchies—in the name of a radical and theocratic version of Islam. Both employ and facilitate terrorism, either directly (as does ISIS) or directly and through proxies such as Hezbollah, Syrian President Bashar al-Assad, and Iraq’s Shia militias (as in Iran’s case). Yet closer inspection reveals that the overall dangers that Tehran and ISIS pose for the United States, Europe, and Israel are of strikingly different magnitudes: Tehran resembles an undefeated heavyweight champion with years of experience who is eying the world title, while ISIS is more akin to an upstart middleweight fighter who has scored some surprising upsets but whose long-term viability in the ring is questionable. A few examples illustrate the differences:

None of this is meant to suggest that ISIS does not pose a serious challenge to America, Western Europe, and Israel. ISIS has shown in Paris and San Bernardino that it is not satisfied with attacking the “near enemy” (neighboring Muslim states) but is determined to assault the “far enemy” (the West) as well.  The issue is not whether the West needs to defeat ISIS, but how best to eliminate this peril while continuing to confront the even more significant long-term risks posed by the Islamic Republic of Iran.

Not Either/Or but Both

This quandary is less difficult to resolve than it seems, primarily because maintaining pressure on Iran provides the West with its best hope to assemble the moderate Sunni coalition required to defeat ISIS.   Europe and the United States can contribute training, air support and special operations assistance in the fight against ISIS, but the task of liberating its Sunni strongholds belongs to the many anti-ISIS Sunni tribes and opposition groups in Iraq and Syria, helped by moderate Sunni states such as Jordan, Saudi Arabia and the Gulf emirates. These Sunni forces, however, will be understandably reluctant to fully cooperate with the United States against ISIS if they conclude that Iran, Assad, and radical Shia might be the ultimate beneficiaries of their sacrifices. Many moderate Sunnis, for example, deplored the 2003 U.S. invasion of Iraq not because they supported Saddam Hussein, but because they feared that Washington was delivering Baghdad to Tehran on a silver platter.

More recent events in Iraq and Syria underscore the centrality of combining both anti-Iran and anti-ISIS strategies. During the 2007-2008 “surge” of U.S. forces in Iraq, Sunni tribes joined the fight against Jihadist terrorism only when convinced that Washington would restrain the Shia-dominated and Iranian-influenced Baghdad government and defend Sunni interests in territories liberated from ISIS’s predecessor.  Likewise, America recently encouraged Baghdad to reconquer Ramadi with a mixed Shia-Sunni Iraqi army counterterrorism force (aided by Sunni tribal irregulars) and to forego Iran-controlled Shia militias, lest the city’s Sunni inhabitants conclude that exchanging ISIS’s control for Baghdad’s amounted to going from the frying pan into the fire. The same logic applies to Syria: the Sunni majority there will not turn decisively against ISIS (and other radical jihadists such as Jabhat al-Nusra) until satisfied that Iran and Assad will not reap the rewards.

Nothing could damage the struggle against ISIS and the quest to stabilize pro-Western Sunni regimes in the Middle East more than for the West to suspend its efforts to contain Iran and depose its ally Assad in the misguided belief that it cannot fight on two fronts at once. Even worse would be the appearance of an informal U.S.-European alliance with Tehran and Damascus against radical Sunni Jihadism. This would almost certainly rally much of the Sunni population in Syria and Iraq to ISIS’s side and trigger a mass withdrawal of moderate Sunni states from Washington’s anti-ISIS coalition. We can, however, avoid these perils if we understand that anti-ISIS and anti-Iran operations reinforce each other. With patience, perseverance and resolve America can, in time, achieve both critical objectives