September 3, 2013 – (the day before Israel’s new beginnings holiday of Rosh Hashanah) A team of twelve traveled to Akko, Haifa and then Israel seeking God.

We stayed in Tel Aviv a few days then rented vans and drove to Caesarea, Tiberius, Capernaum, Akko, and Haifa at Mt Carmel.

Earlier the same day, we experienced a miracle in Akko just across the Bay from Haifa (see “The OSJ Knights of Malta – 2013 Miracle at Akko” at my website: itistimeisrael.org)

While inspecting the remains of the Crusader Knights structures, we ran across a picture of a French King who had betrayed Joan of Arc. It portrayed him taking a vote to sign a document. Another team member, Rick Stoker, had a dream the previous night about the US signing a document then a wind came and blew the document away. This spoke prophetically to us that America must not come into alliance with France to attack Syria.

During this time President Obama was determined, with France, to attack the Assad regime for allegedly using chemical weapons on his own people. We, in Israel, were hearing that this could come at any time and Assad was threatening to attack Israel if that happened.

Days before we arrived in Akko one of our team members (Donna Hoover) had received a prophetic word called ‘Game Changer’ and that our team was to take action on this at Mt Carmel in Haifa. She received this before it became the media’s buzz word.

On an overlook while in Haifa on Mt Carmel with the Mediterranean Sea and the Western coastline of Israel in view, the team remembered God’s Word:

Isa 19:21-25
Then the Lord will be known to Egypt, and the Egyptians will know the Lord in that day, and will make sacrifice and offering; yes, they will make a vow to the Lord and perform it.
22 And the Lord will strike Egypt, He will strike and heal it; they will return to the Lord, and He will be entreated by them and heal them.
23 In that day there will be a highway from Egypt to Assyria, and the Assyrian will come into Egypt and the Egyptian into Assyria, and the Egyptians will serve with the Assyrians.
24 In that day Israel will be one of three with Egypt and Assyria — a blessing in the midst of the land,
25 whom the Lord of hosts shall bless, saying, “Blessed is Egypt My people, and Assyria the work of My hands, and Israel My inheritance.”

Realizing that Syria is part of ancient Assyria we prayed for the Lord’s ‘game changer’, believing that something other than attacking Syria would happen. Something did!

Six days later on September 9, 2013 US Secretary of State, John Kerry said “Syrian President Bashar al-Assad could avoid a U.S. military strike by surrendering all his chemical weapons within a week”

Then it happened, President Obama relented on the plan to attack choosing rather to study Russian President Putin’s plan (following Kerry’s lead) to remove all chemical weapons in Syria in exchange!

A ‘game changer’ for sure!

Did this team have anything to do with such a global decision? We hope so as we were obedient to the word given us. What happened after Elijah prayed that it not rain?

James 5:17-18
17 Elijah was a man with a nature like ours, and he prayed earnestly that it would not rain; and it did not rain on the land for three years and six months.
18 And he prayed again, and the heaven gave rain, and the earth produced its fruit.

When his prayer came to pass, did he say to himself “this is too big of a thing for me to believe that my prayer had anything to do with it”?

Followers of Jeshua need to remind ourselves that we are Kings and Priests of Almighty God and start getting use to the idea that we are His game changers on this earth in these last days!

Thank you our Wonderful and Sovereign Lord Jesus Christ (Yeshua Ha-Mashiach) for using us for such a time as this! We love you and want to serve and follow you in utter belief. 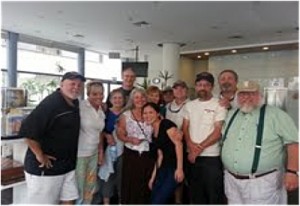 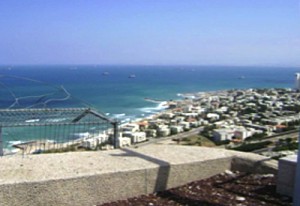