Dear friends of ‘It Is Time Israel’,

We just completed our third and final support Israel trip for 2014. I was accompanied by my close friend and Board Member, Bob Seymour (when viewing the pictures, wherever you see a man with long hair looking like a Hell’s Angels reject, that’s Bob). Notably, wherever we went I introduced Bob as ‘my servant’ (I think it was believable by most but Bob took issue with me). We both had things to accomplish but the Lord had arranged surprise blessings as well! Among these included praying and prophesying for strangers on the street and with a group of folks from Finland who stayed in the same house where we lodged, praying for Spiritual unity in old Jerusalem, receiving signs from the Lord that we were on track while driving around the land of Israel, and counseling a few needy believers. These were just extra blessings from our Lord. The  main reasons for this trip were to attend a meeting in the southwestern town of Sderot for the  Sderot Holocaust Survivors Club House Project and to pray on site in the old city Jerusalem for healing and unity in the Spirit for Israel.

The meeting in Sderot was held at the Club House. In attendance were my project manager Sara, Bob Seymour, a representative from the Mayor’s office, myself Bart, and three building contractors who were bidding for the restoration project. It went so smoothly that, except for the money we don’t have, one would think that this is a done deal! Well we are committed and trust the Lord to make it happen. We awarded the bid to a contractor who was honored in Sderot for his selfless giving to the community. I got to explain to the contractor and the mayor staffer, via Sara translating, that this was a G-d project and that we all need to pray (not everyone here believed in Messiah/Jesus) and we all did pray together! Hopefully they will continue to pray with us throughout this support Israel project.

You know there is a Scriptural basis for doing this worthy work, especially in Israel. Here are some references:

26 For Macedonia and Achaia thought it would be good to make some contribution to the poor among God’s people in Yerushalayim.

27 They were pleased to do it, but the fact is that they owe it to them. For if the Gentiles have shared with the Jews in spiritual matters, then the Gentiles clearly have a duty to help the Jews in material matters.

30 Just as you yourselves were disobedient to God before but have received mercy now because of Isra’el’s disobedience;

31 so also Isra’el has been disobedient now, so that by your showing them the same mercy that God has shown you, they too may now receive God’s mercy. CJB

Words from Yeshua/Jesus Himself : Luke 16:9

9 “Now what I say to you is this: use worldly wealth to make friends for yourselves, so that when it gives out, you may be welcomed into the eternal home. CJB

2 I will make of you a great nation, I will bless you, and I will make your name great; and you are to be a blessing.

3 I will bless those who bless you, but I will curse anyone who curses you; and by you all the families of the earth will be blessed.” CJB

Please take time to scan our pictures and may the Lord of Shalom/Peace prosper you and give you back more than you  could possible give Him and His people. 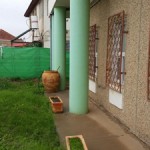 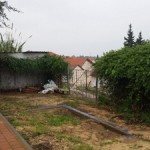 Backyard of Club House in Sderot, Gaza less than one mile in distance 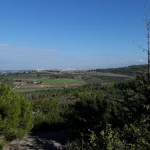 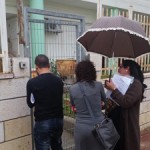 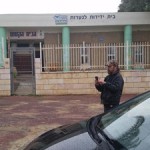 Front of Club House in Sderot 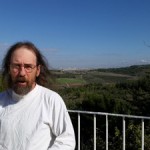 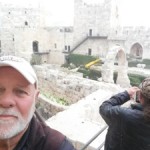 Bart and Bob on their prayer adventure at old city Jerusalem

Praying near Tower of David in old city Jerusalem 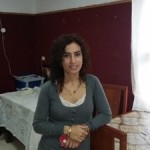 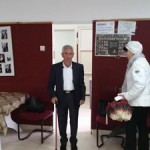 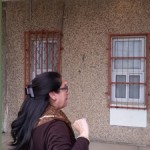 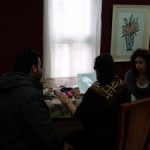 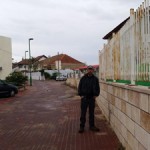 Bob standing on street in front of Club House

Project Manager and Contractor who won contract, Gaza in background

Thank you all for participating in this special support Israel project. This is just a doorway, a first step,  for blessing  the poor elderly Israeli people in Sderot so they will come to know that their very own Messiah, Yeshua/Jesus loves them and will meet them in their hearts to offer a better life in this age and eternal life to come!

We are so honored to be used by the Lord especially in helping these folks. Supporting Israel is a true honor and blessing! Watch as you continue supporting Israel and see if you can count the blessings that G-d sends back your way!

38 Give, and you will receive gifts —  the full measure, compacted, shaken together and overflowing, will be put right in your lap. For the measure with which you measure out will be used to measure back to you!” CJB

Love you all, Bart